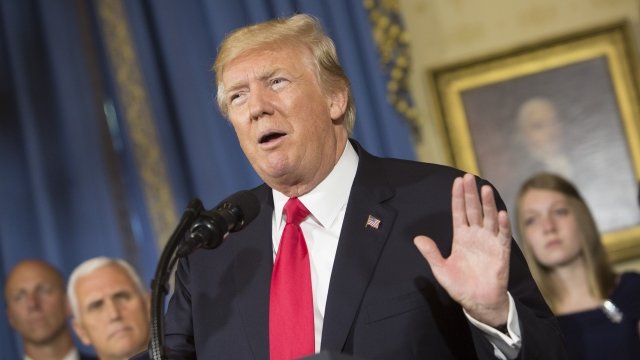 While criticizing a news article in a tweet, President Donald Trump may have confirmed the existence of a covert CIA program.

According to the Post, Trump decided to end the program almost a month ago after meeting with the national security adviser and the director of the CIA.

That meeting came right before Trump's first face-to-face meeting with Russian President Vladimir Putin, who has long been Assad's ally in Syria.

Fast-forward five days to Monday, when Trump tweeted that the Post "fabricated the facts on my ending massive, dangerous, and wasteful payments to Syrian rebels fighting Assad."

Though the program had been reported on before, officials still treated it as classified.

But Trump wasn't the first person to seemingly confirm the existence of this CIA program. On Friday of last week, Politico reported that a special operations commander publicly acknowledged it but then quickly denied any confirmation.

As of Tuesday morning, the CIA hadn't commented on Trump's tweet.