Iran Responds To Trump With Its Own All-Caps Message 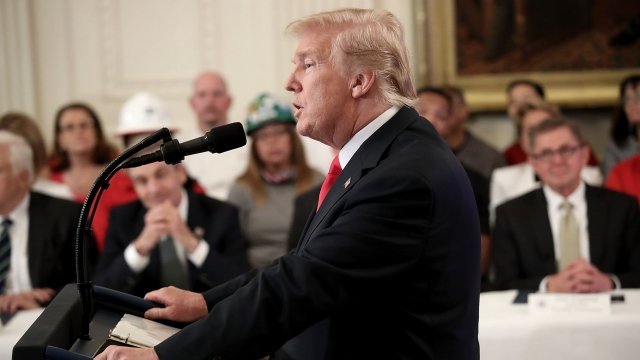 Iran dismissed President Donald Trump's all-caps warning on Twitter with an all-caps message of its own.

Iran's Foreign Minister Mohammad Javad Zarif tweeted Monday, "Color us unimpressed." He continued: "The world heard even harsher bluster a few months ago. And Iranians have heard them — albeit more civilized ones — for 40 years."

Zarif's statement came a day after Trump sent a Twitter message to Iranian President Hassan Rouhani, saying, "Never, ever threaten the United States again or you will suffer consequences the likes of which few throughout history have ever suffered before."

Rouhani had previously said Americans "must understand that war with Iran is the mother of all wars."

This back-and-forth between the two countries comes as the U.S. is getting closer to restoring sanctions against Iran.

Trump announced earlier this year that he was pulling the U.S. out of the Iran nuclear deal. Signed in 2015, the deal puts restrictions on Iran's nuclear program in return for relief from economic sanctions.

But now U.S. sanctions can, over time, snap back into place. The first set will be restored in August.