President Vows To Name A Successor To Ginsburg This Week 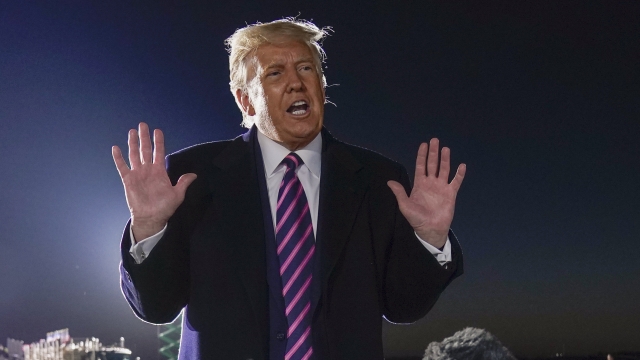 During a North Carolina campaign rally, the president said he would nominate a woman to succeed Associate Justice Ruth Bader Ginsburg.

During a North Carolina campaign rally, the president praised Ginsburg's record and said he would nominate a woman to succeed her.

President Trump and Senate Republicans have faced criticism for beginning the nomination process less than 50 days before the 2020 election — especially since Ginsburg was a voice for the court's liberal wing.

Senate Democrats have called on Republicans to follow their own precedent they set in 2016 — where Supreme Court nominations are halted in an election year.

One Republican, Sen. Susan Collins of Maine, told reporters she didn't believe a nominee should be named until after the election. She could provide one of the three Republican votes Democrats would need to stop the nomination.