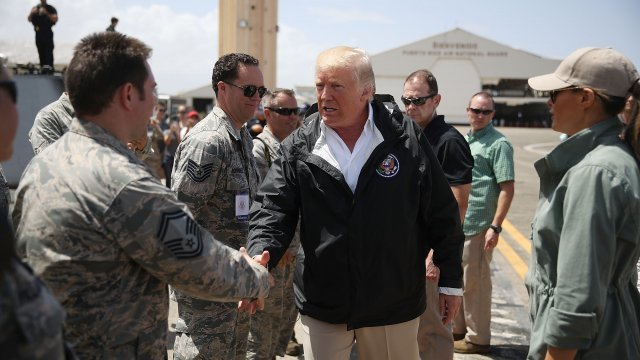 On Wednesday, he directed agencies to work on sending National Guard troops to the border.

President Donald Trump says he's considering sending 2,000 to 4,000 National Guard troops to the U.S.-Mexico border until a wall is built there.

This seems to be the first mention of the number of troops Trump says he'd like deployed. The White House has not yet answered questions about the length of troops' deployment or the cost.

However, when former Presidents Barack Obama and George W. Bush sent National Guard troops to the border, it cost more than $1.3 billion combined.