Trump Wants To Ax The Diversity Visa Program, So What Is It? 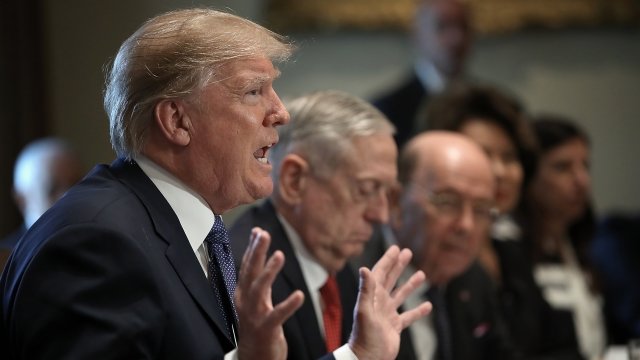 President Donald Trump announced plans to cut a program that lets up to 50,000 people from countries with low U.S. immigration rates obtain visas.

The suspect in New York City's deadly vehicle attack reportedly came into the U.S. in 2010 through something called the Diversity Immigrant Visa Program. President Donald Trump says he wants to end it.

Each year, the program gives immigration visas to people from countries with low immigration rates to the U.S. — but only if they make it through Homeland Security's vetting process.

About 50,000 immigrants come in each year through the program. But after this week's attack, Trump wants to shut it down.

Odds Of Being Killed By A Refugee Terrorist? 1 In 3.6 Billion

An exhaustive study looking at foreign-born terrorists in the U.S. from 1975 to 2015 found the annual chance of dying in an attack is very unlikely.

While it was officially created with the Immigration Act of 1990, the idea of a green-card lottery came with a push to get more Irish into the U.S. in the mid-'80s. Today, most of the program's recipients come from Africa or Eastern Europe.

Still, Trump might ax it easily— many attempts have tried to do away with the program. And now with Trump's backing, one of those bills may have the chance to actually pass.