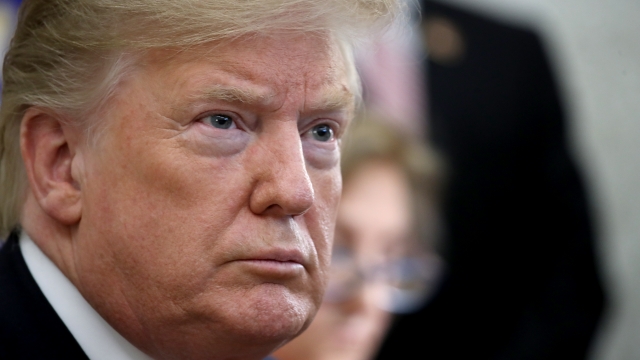 Crown Prince Naruhito will ascend the throne on May 1.

Japan's new emperor is set to take the throne on May 1 and his first guest will be President Donald Trump.

The current emperor, Emperor Akihito, is abdicating after three decades on the throne at the end of the month. His son, Crown Prince Naruhito, is taking his place.

According to a press release from the Ministry of Foreign Affairs of Japan on Friday, President Trump and First Lady Melania Trump are scheduled to go visit Japan on May 25. This will be President Trump's second visit to Japan since becoming president.

The White House said the visit will "deepen the close bonds between the American and Japanese people and will highlight the continued importance of our alliance and partnership."

Before their visit, the Trump administration is welcoming Japanese Prime Minister Shinzo Abe and his wife, Akie Abe, on April 26 and 27. They're also celebrating Melania Trump's birthday on the 26.

The two leaders are expected to talk about recent developments in North Korea, including efforts to achieve denuclearization.