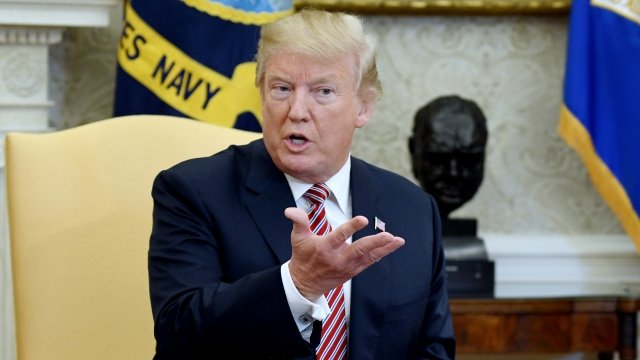 But critics say there's one major issue with the $1.5 trillion proposal — it's unclear exactly how Trump is going to pay for it.

But critics say there's one major issue with the pricey proposal — it's unclear exactly how Trump is going to pay for it.

During his State of the Union address, Trump outlined his initiative to create $1.5 trillion in funding to repair and upgrade the nation's infrastructure.

"We will build gleaming new roads, bridges, highways, railways and waterways across our land. And we will do it with American heart, American hands, and American grit," Trump said.

But according to several reports, only $200 billion of that funding will come from the federal government. The rest is supposed to come from state and local governments and private investment.

Many say the plan puts the burden on cities and states and will lead to higher local and state taxes.

But an unnamed administration official told CBS, "Not only are we not walking away from the federal responsibility, we're taking even more responsibility to ensure that we get infrastructure funding and permitting on a sustainable track for generations."

Trump is scheduled to meet with lawmakers from both sides of the aisle on Wednesday to discuss the proposal.