Trump Wins In Pennsylvania, But Delegates Are Still A Wild Card 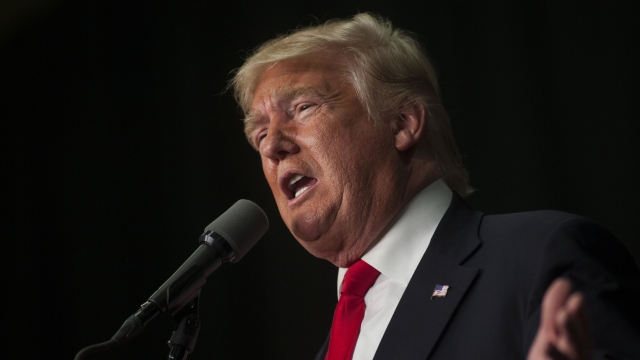 Voters in each Pennsylvania congressional district vote for a presidential candidate and for three delegates to send to the Republican convention.

"It's been amazing what's been happening. The crowds we've had are record-setting crowds — bigger than Bernie, but Bernie's second," Donald Trump said during his victory speech Tuesday.

As expected, Donald Trump has won Pennsylvania's primary and its 17 pledged delegates. But the state has 54 other delegates who are still kind of a wild card.

That's because in each district in Pennsylvania, voters select a presidential candidate, then select three delegates from a list of more than 150. Some of these delegates have publicly announced support for Trump or for Ted Cruz. Some are undecided.

We won't know exactly where they all stand until the convention in July. Of course, it won't matter if Trump wins 1,237 pledged delegates before then and clinches the nomination.

And his wins in the Northeast on Tuesday are pushing him closer to that mark. Whether he'll make it there by the end of the primaries is tough to say.