Trump: 'Nobody Really Knows' If Russia Was Only Meddler In US Election 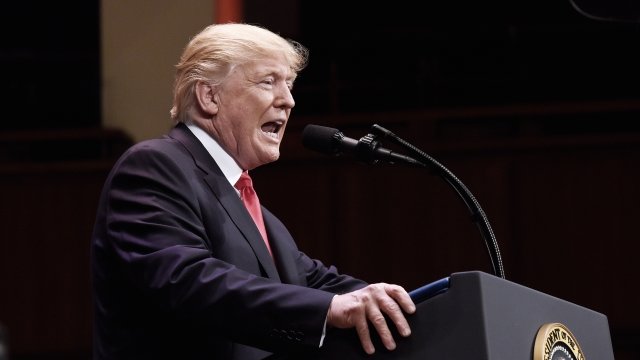 President Donald Trump said he thinks other people and countries could be involved.

President Donald Trump says "nobody really knows" if Russia was solely responsible for meddling in the 2016 U.S. election.

Trump is in Europe before the G-20 summit this weekend. At a news conference in Warsaw, Poland, a reporter asked if he would "once and for all" say Russia interfered in last year's election.

Trump then criticized former President Barack Obama, saying his predecessor did "nothing about it."

The Obama administration publicly accused Russia in October but didn't bring down any sanctions until after the election. Officials involved told The Washington Post those punishments might not have been severe enough.

Trump: Obama 'Colluded Or Obstructed' In Response To Russian Meddling

Trump's comments aren't exactly in line with the U.S. intelligence community. Officials have publicly said Russia was responsible for an influence campaign and that the order came directly from Russian President Vladimir Putin.

Trump's comments come before a highly anticipated meeting between Trump and Putin on Friday. An agenda hadn't been released as of Thursday morning, but the two leaders are — at the very least — expected to talk about Syria.