Tuesday's Primary Races Were Key For Both US Parties 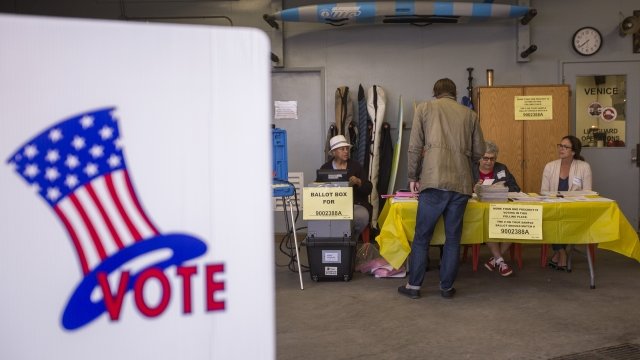 For Democrats, California could be a make-or-break state. The party is challenging seven GOP seats in districts Hillary Clinton won in 2016.

But there's a catch: The state has nonpartisan, open primaries. That means the top two vote-earners advance to the midterm election. Democratic leaders are afraid some districts could end up with two Republican primary winners, since the race is jam-packed with Democratic challengers who may split the vote and keep each other out of the top two spots.

New Jersey, on the other hand, could be a big win for Republicans — the party hasn't had a senator there in decades.

Democratic incumbent Robert Menendez has been mired by a scandal. Bob Hugin won the GOP primary and will challenge Menendez in November.

Democrats are also taking big steps in two other states.

The party is also considered competitive in one of the three Republican-held Iowa districts.