Turkish Election Board Cancels Results Of Mayoral Election In Istanbul 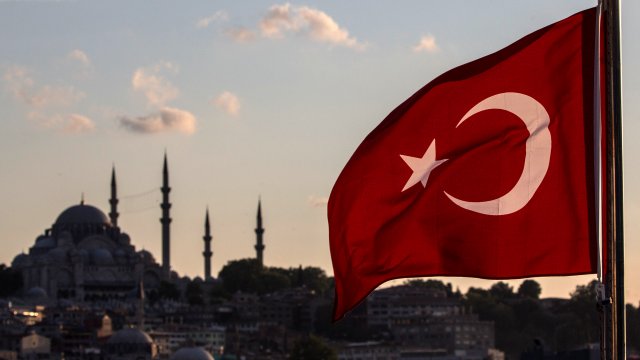 The country's ruling party requested a new election after losing control of Turkey's largest city in local elections at the end of March.

Turkey has canceled the results of the mayoral election in Istanbul and ordered a re-do.

The country's ruling party had requested a new election after losing control of Turkey's largest city in local elections at the end of March.

An opposition mayoral candidate also won in Turkey's capital of Ankara after a close election.

Turkish President Recep Tayyip Erdogan's Justice and Development Party filed complaints regarding irregularities in the vote in Istanbul, and the country's Supreme Election Board agreed, saying fraud influenced the results. This final decision cannot be challenged in court.

Erdogan said in a speech Tuesday that the election council's decision is "an important step to strengthen our democracy."

The opposition mayoral candidate who won the Istanbul election called the election board's decision "treacherous." And the European Parliament reportedly said a second vote would ruin the credibility of democratic Turkish elections.

While Erdogan's party got majority of the votes across the nation in the March 31 local elections, losing both Istanbul and Ankara would have been a major setback for him. Erdogan has been in power for 16 years, and his party has dominated Turkey's elections for even longer. But the country's economy has continued to deteriorate under his policies, and Erdogan's popularity is suffering.

The new mayoral election in Istanbul is scheduled for June 23.