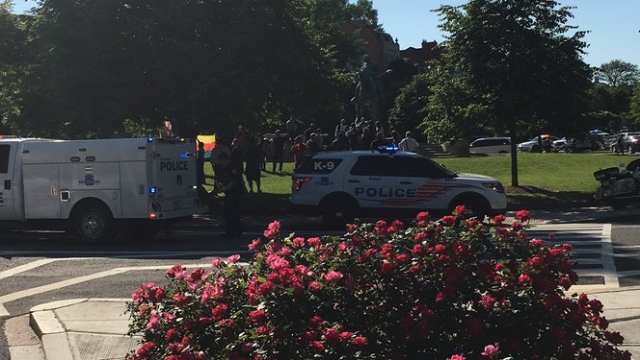 A dozen Turkish security guards will face charges for attacking protesters outside the Turkish Embassy during President Erdogan's visit.

Turkish presidential guards will face charges for a violent altercation with protesters in Washington, D.C., in May.

At least 12 security personnel will be charged. It's not immediately clear what charges each will face, but U.S. officials said it involves misdemeanors and felonies.

Nine people were injured in the brawl that happened while people gathered to protest the U.S. visit of Turkish President Recep Tayyip Erdogan.

9 Injured After Protest Outside Turkish Embassy In DC Turns Violent

Video from the scene shows a brief but intense altercation involving dozens of people in front of the embassy Tuesday afternoon.

The Turkish government came out strongly against the charges and said the brawl happened because of "the failure of local security authorities to take necessary measures."

U.S. State Department officials said the security personnel technically had immunity while on the trip, but if they were to return to the U.S., that privilege would be gone.

The charges probably won't amount to anything. The security officials have already left the country and Turkey likely won't extradite them.