TV Host Says Al Franken 'Kissed And Groped' Her In 2006 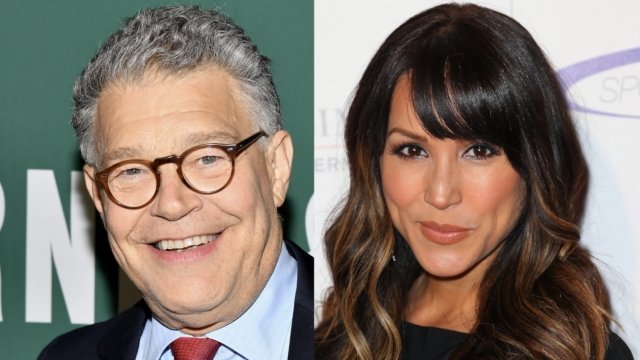 A Los Angeles television and radio host says Sen. Al Franken "kissed and groped" her without consent on a 2006 USO tour.

Tweeden says she was only planning to emcee on the tour but that Franken, then a comedian, wrote a skit in which his character kissed hers.

She says Franken repeatedly insisted they "rehearse" the kiss. In her post, Tweeden wrote, "I said 'OK' so he would stop badgering me. We did the line leading up to the kiss and then he came at me, put his hand on the back of my head, mashed his lips against mine and aggressively stuck his tongue in my mouth."

After the tour ended, Tweeden says she found a photo of Franken groping her without her consent while she slept. She shared the photo on Thursday morning.

Not long after Tweeden's post was published, Franken responded, saying he didn't remember the events "the same way" and that the photo was "clearly intended to be funny but wasn't."

Franken, who was elected to the Senate in 2008, also said he sends his "sincerest apologies" to Tweeden. Tweeden said Thursday she accepted Franken's apology.