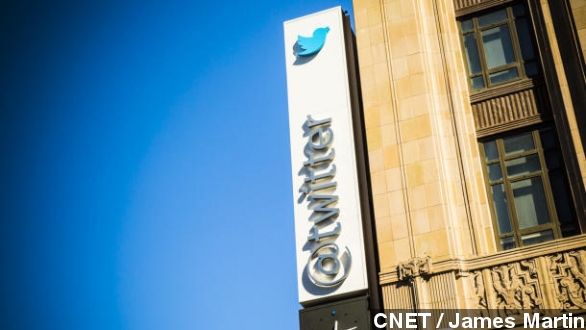 Twitter is set to raise around $2 billion from 70 million shares during Thursday's IPO.

Twitter announced their 70 million shares will hit the New York Stock Exchange Thursday at $26 apiece for its long-awaited IPO.

"It's above the expected range. Heck, it's above the increased range when the company said earlier this week it would raise between $23-25 per share for the 70 million shares." (Via CNBC)

"Remember Twitter went out there saying they were going to be conservative. Now, it is actually more expensive on a price-to-sale ratio basis than Facebook is." (Via Bloomberg)

Business writers say the company — which is valued at more than $14 billion — will raise anywhere from $1.8 billion to $2.1 billion in the largest, most-hyped tech company IPO since Facebook.

But since the opening bell is nigh, investors are hoping Twitter's stock doesn't have a turbulent first year like Facebook's. The stock price for Facebook debuted at $38 but dropped as low as $17 the same year. (Via The Telegraph)

"But Twitter has sold a much smaller chunk of shares in this offering than Facebook did last year, and analysts are predicting a much more robust demand for the stock this time around." (Via The Wall Street Journal)

Beyond that, Twitter execs have also done a few other things differently: they listed on the New York Stock Exchange instead of Nasdaq and filed their IPO confidentially to avoid the Facebook-like hype.

The Los Angeles Times reports Twitter's IPO comes at a good time considering record highs in the stock market and IPO market surges. But despite growing revenue, quickly growing losses for the company could worry investors. "The company lost $143 million over the last four quarters on revenue of $534 million." (Via Los Angeles Times)

One Bloomberg writer added the "offering is a step toward maturation" for the social network with more than 230 million users worldwide — a big draw for investors.

And going forward, CNET writes what happens Thursday could affect other startups. "A hot debut could ignite interest in other Internet startups going public and boost venture investing." (Via CNET)

Twitter will begin trading at the New York Stock Exchange under the call letters TWTR.