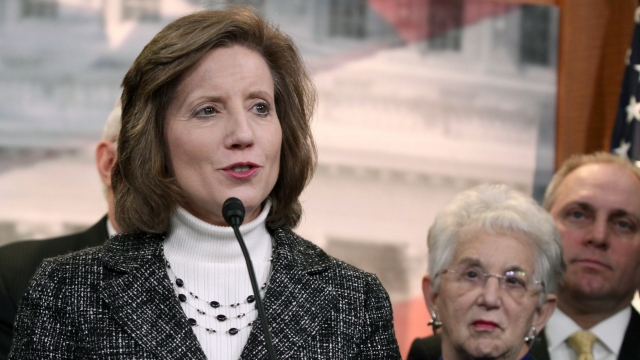 A U.S. Senate candidate for Missouri says she has no plans to delete a transphobic tweet that violated Twitter's rules against hateful conduct, even after the social media platform said she won't be able to tweet, retweet, follow or like posts until she does.

Hartzler's tweet, posted in mid-February, said: "Women's sports are for women, not men pretending to be women," and included her TV ad targeting transgender people in sports and particularly University of Pennsylvania swimmer Lia Thomas.

A statement from Hartzler's campaign called the suspension "shameful, utterly ridiculous, and a horrible abuse of censorship by big tech giants to stifle free speech." The campaign said Hartzler will not delete the tweet.

Hartzler is a congresswoman representing Missouri's 4th District. She is among several Republicans vying for the 2022 Senate seat. Incumbent Republican Roy Blunt announced last year he would not seek a third term.