Twitter Wants To Learn What Apps You Use - Without Asking 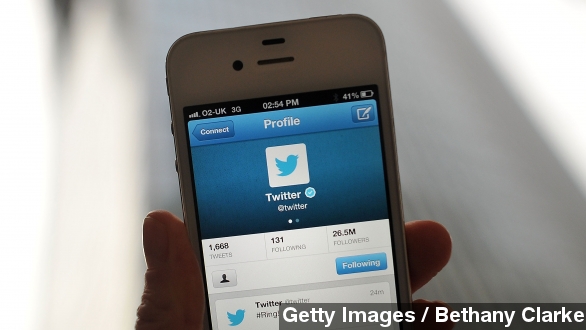 A new Twitter update will tell the company the name of every other app on your smartphone unless you specifically opt out.

Twitter's got a Thanksgiving surprise for your smartphone, and you're probably not going to like it.

On Wednesday, the company announced a new feature called App Graph that will tell Twitter what other apps you have installed on your mobile device. The goal is to "deliver tailored content that you might be interested in."

Translation: ads. Twitter will use your app library to help beef up its advertising algorithm. The more the company knows about you, the more tailored advertising it can deliver while you're using the app.

You probably figured Twitter — and just about every other social media platform — tracks what you do while using the app. And that's true: if you're an active user, Twitter knows who you follow and what subjects interest you.

But now data collection will follow you outside Twitter's app, so it's not surprising some outlets quickly published "How to opt out" guides and others complained about privacy.

The Telegraph called it "snooping," Fast Company called it "spying," and GigaOM made it sound really creepy by saying, "If you’re on a diet and you’re tracking your calories with an app, Twitter will know."

The company itself tried to calm privacy fears by saying it will not collect any data from your other apps, and saying the change could actually benefit users by helping Twitter suggest content you'll like or people you'll enjoy following.

You could be forgiven for being skeptical. After all, it's not like seeing you have Spotify installed will give the company a lot to go on.

App Graph will reportedly go live immediately on iOS and sometime next week on Android. If it will affect you, you should see a popup warning that Twitter is collecting your data — and an option to turn the feature off.