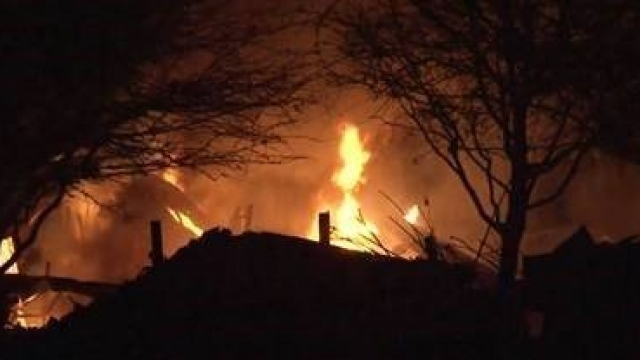 The explosion happened at a manufacturing business early Friday morning.

Authorities say two people are dead following an explosion at a manufacturing business in Houston Friday. The explosion happened around 4:30 a.m. local time.

Houston's Fire Department said one person was taken to a hospital following the incident. An investigation is underway, but police say there is nothing to suggest the explosion was intentional.

Photos from the scene show the business engulfed in flames. Surveillance cameras from surrounding homes recorded sounds of the blast, and debris from the explosion damaged homes as far as a half-mile away.

Authorities say there are no air quality risks residents need to be concerned about. However, some surrounding schools are closed in response to the incident and investigation.