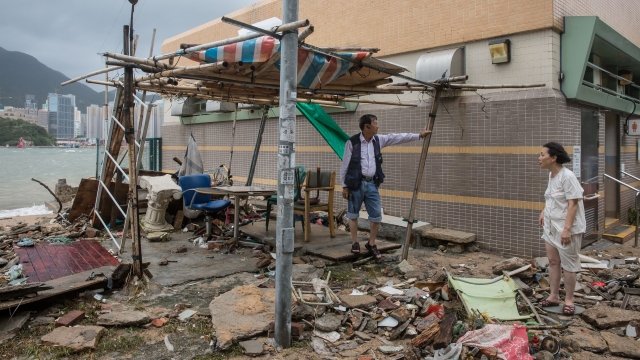 At least 16 people are dead and dozens more injured after a powerful typhoon wreaked havoc on southern China.

According to local media, the storm caused significant damage to the areas in its path, uprooting trees, flooding buildings and leaving debris strewn in the streets.

And many people blamed the government for being underprepared for the severe typhoon and failing to warn residents sooner.

The powerful quake struck Jiuzhaigou county in Sichuan province Tuesday night. The area is home to one of China's most famous national parks.

The physical damage from the storm will undoubtedly lead to economic damage.

Many of Macau's casinos were forced to operate on backup generators after the storm. Analysts say that will definitely hurt casino stocks and revenue.