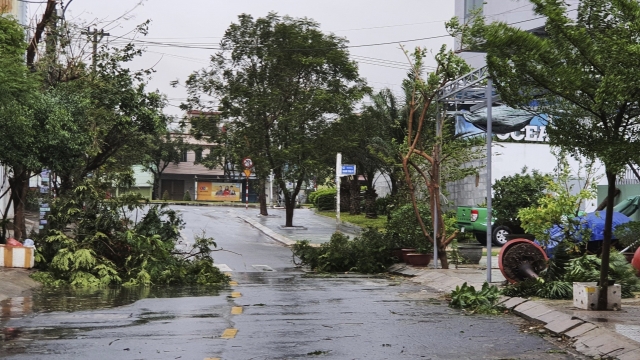 Before the typhoon hit, Vietnam evacuated over a million people.

One man was knocked off of his roof while trying to reinforce it for the storm. Another man was pinned under a fallen tree.

Before the typhoon hit, Vietnam evacuated over a million people.

It's the fourth deadly storm the country has weathered in the last month.

The typhoon also caused seven landslides in the Philippines.