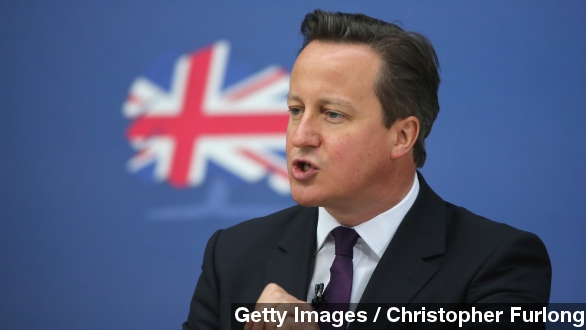 The Senate's CIA's torture program report summary redacted information on other countries, but some are calling for the U.K. to disclose its role.

There's plenty to be gleaned from the Senate's extensive "torture" report summary, including how detainees were interrogated and how the CIA apparently kept The White House and U.S. allies in the dark about certain practices.

What might be a bit harder to figure out is how much help the U.S. received in handling detainees. Dianne Feinstein, chair of the Senate Select Intelligence Committee, said names of other participating countries — possibly including the U.K. — had been redacted. (Video via CBS)

But we do know from other sources that the U.K. was involved, and now some British journalists have called for their government to come clean.

One writer for the Telegraph said "Victims of this torture have a right to know the full truth about who was responsible. Disclosure of foreign government collaboration in torture would also be a credible way of deterring such collaboration in the future."

And a writer for The Independent suggested British Prime Minister David Cameron should request those redacted passages in the Senate's summary and publish them himself.

The British government's involvement in post-9/11 anti-terror tactics has been reported on before:

"There are at least two cases in which it's claimed MI6 engaged in forcibly moving suspects for interrogation. ... And British intelligence officers have also interrogated detainees at Guantanamo Bay and Baghram in Afghanistan," a reported for STV said.

One British Pakistani man, who was held in both Guantanamo and Baghram, told Sky News it would've been impossible for the CIA to carry out its interrogation program alone:

"This is something that we're missing. And in fact the British intelligence services were quite complicit in some of these cases," Moazzam Begg said.

An inquiry headed by former judge Peter Gibson was set up in 2010 to look into the extent of Britain's involvement in the secret CIA programs, though it was widely criticized for lacking transparency and was eventually shelved.

"We've decided to bring the work of his inquiry to a conclusion," Justice Secretary Ken Clarke said. (Video via BBC)

However, while speaking in Turkey, Cameron said the Gibson inquiry has lead to other questions into Britain's involvement, adding:

"I am confident this issue has been dealt with from the British perspective and I think I can reassure the public about that."

The details of the Senate's report summary are still being pored over, but STV says a group of British lawmakers are expected to handle a new review Britain's participation.