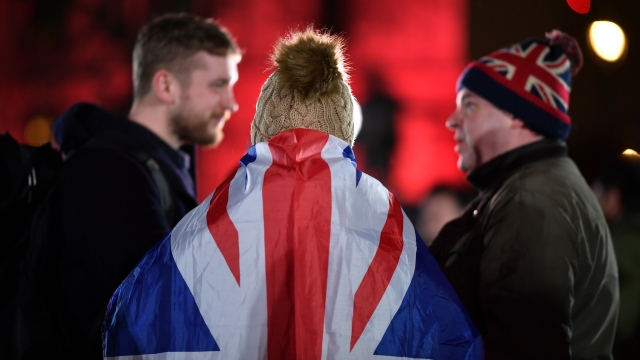 Brexit was made official Friday at 11 p.m. local time.

It's finally happened: Britain has officially left the European Union.

It was made official Friday night at 11 p.m. local time. British Prime Minister Boris Johnson, who was a supporter of Brexit, delivered a speech before the official breakup.

"The most important thing to say tonight is that this is not an end, but a beginning," Johnson said. "I know that we can turn this opportunity into a stunning success. And whatever the bumps in the road ahead, I know that we will succeed."

But it won't be a hard break: There will be an 11-month transition period. During that time, the U.K. will still operate under EU law, but its representatives will leave the European Parliament.

The U.K. will try to work out its own laws and regulations to completely break away from the bloc within the year, but there's wiggle room to extend the transition period by one or two years "if both sides agree."

Travel throughout the U.K. and Europe won't change through the end of 2020. The EU and U.K. are still in negotiations, so it's unclear how that will change in 2021.