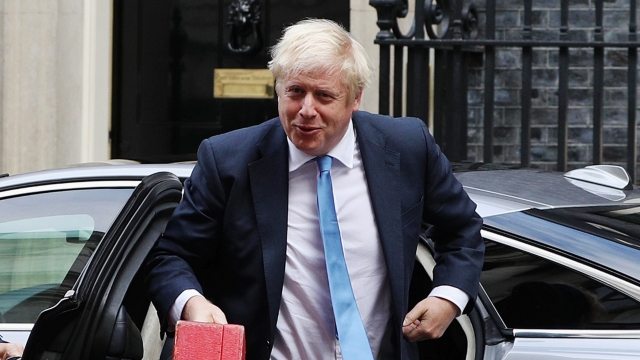 The U.K. prime minister's return trip coincided with Parliament getting back to business Wednesday.

Prime Minister Boris Johnson arrived back in the U.K. Wednesday after cutting his trip to the annual United Nations General Assembly short.

Johnson's return trip to London coincided with Parliament getting back to business. Lawmakers returned to work after the U.K.'s Supreme Court ruled Johnson broke the law when he suspended Parliament earlier this month.

Johnson had insisted the 5-week suspension was necessary to get ready for a new parliamentary session. But the justices decided it left lawmakers unable to act leading up to Brexit's Oct. 31 deadline and was therefore "unlawful."

Despite numerous calls to resign, Johnson said he will not step down from his post. He's expected to give a statement to lawmakers in the House of Commons later Wednesday.