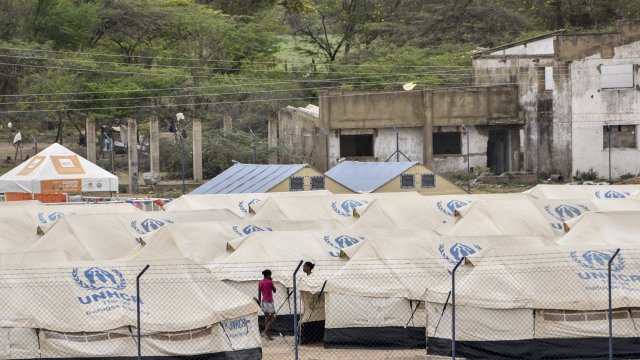 The United Nations is asking for additional humanitarian aid for Venezuelan refugees.

U.N. High Commissioner for Refugees Filippo Grandi is asking for neighboring countries' help after he spent four days in Brazil meeting with Venezuelan refugees. He says Brazil has done a great job addressing their humanitarian needs but still faces challenges like the "impact on local infrastructure and services."

Grandi says over 180,000 Venezuelan refugees are currently in Brazil and that around 500 arrive every day.

The U.N. estimates over 4 million people have fled Venezuela since 2015 to live as refugees or migrants elsewhere. Most of them have fled to Colombia. Others fled to Brazil, Peru, Chile, Ecuador and Argentina.

Grandi told reporters the U.N. and non-governmental organizations have received less than $180 million of the $770 million they requested for the year. He called it "one of the most under-funded humanitarian appeals in the world for one of the biggest crises."

In the Brazilian city of Pacaraima, residents are struggling with the influx of Venezuelans. Many closed their shops on Saturday and protested the refugees, chanting, "Out with the Venezuelans," and "Brazil for Brazilians."