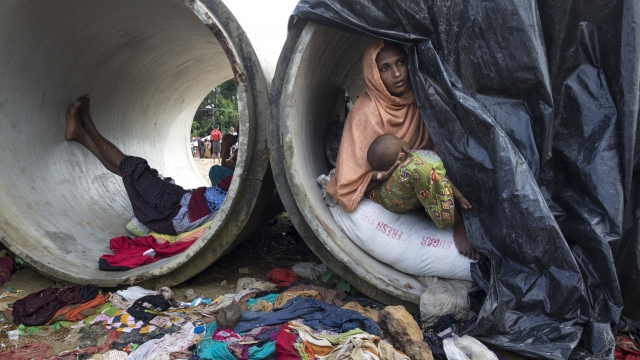 The U.N. condemned abuses including arrests, torture, rape and deaths in detention.

The United Nations General Assembly has approved a resolution condemning and calling for the end of human rights abuses against minorities, namely Rohingya Muslims. The alleged abuses include arrests, torture, rape and deaths in detention.

The Assembly voted 134-9 in favor of the resolution Friday. Twenty-eight members abstained. General Assembly resolutions don't hold any authority to force a country's compliance. However, they express opinions or findings of the U.N. body.

Myanmar is facing accusations from the African nation of Gambia of committing "genocidal acts" against the Rohingya in violation of the 1948 Genocide Convention.

Since 2017, thousands of Rohingya Muslims have died and at least 700,000 have fled to neighboring Bangladesh amid persecution and alleged ethnic cleansing. Myanmar claims it was fighting extremism.

Myanmar's civilian leader told the International Court of Justice earlier this month that the genocide allegations against her country are "incomplete and misleading." She asked that no action be taken by the court.