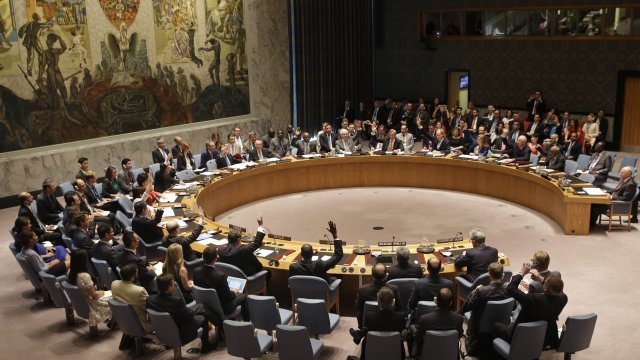 The president of the U.N. council says it's not able to take further action on the so-called snapback.

The United Nations Security Council is dismissing the United States' push to restore all U.N. sanctions on Iran.

The president of the council says it's not able to take further action on the so-called snapback. Thirteen council members have voiced opposition to the U.S.'s move.

But U.S. Ambassador to the U.N. Kelly Craft suggested the U.S. would go on with its plans even without broader international support and accused other countries of standing with terrorists.

"Let me just make it really really clear: The Trump Administration has no fear in standing in limited company on this matter in light of the unmistakable truth guiding our actions," said Craft.

Washington gave the council notice last week that it was starting a 30-day countdown for the snapback under the 2015 nuclear deal. But other signatories say the U.S. lost its right to do so after President Trump pulled out of the agreement in 2018.