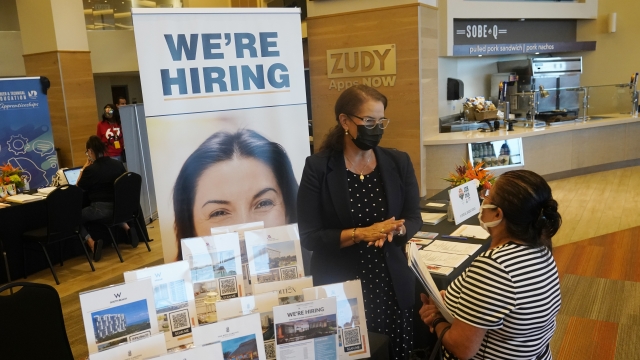 The nation's unemployment rate fell in December to a healthy 3.9% — a pandemic low — even as employers added a modest 199,000 jobs, evidence that they are struggling to fill jobs with many Americans still reluctant to return to the workforce.

The drop in the jobless rate, from 4.2% in November, indicated that many more Americans found work last month. Indeed, despite the slight hiring gain reported by businesses, 651,000 more people said they were employed in December compared with November.

The job market has bounced back from last year's brief but intense coronavirus recession.

Still, the data reported Friday by the Labor Department reflected the state of the job market in early December — before the spike in COVID-19 infections began to disrupt the economy. Economists have cautioned that job growth may slow in January and possibly February because of the spike in Omicron cases, which have forced millions of newly infected workers to stay home and quarantine.

Wages also rose sharply in December, with average hourly pay jumping 4.7% compared with a year ago. That pay increase is a sign that companies are competing fiercely to fill their open jobs. A record-high wave of quitting, as many workers seek better jobs, is helping fuel pay raises.