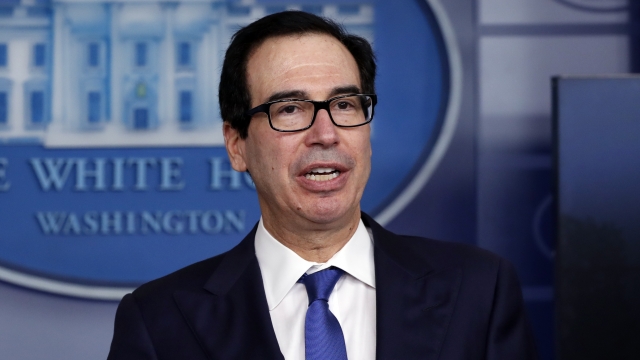 Some U.S. airlines have reached an agreement with the Treasury Department on billions of dollars in federal assistance amid the coronavirus pandemic.

Treasury Secretary Steven Mnuchin said Tuesday that "a number of major airlines" will accept the government funding, which is a part of the more than $2 trillion coronavirus relief package President Donald Trump signed last month. The deal provides airlines with grants and low-interest loans to help them pay their employees through September.

Companies that have accepted the deal so far include American Airlines, Southwest, and JetBlue.