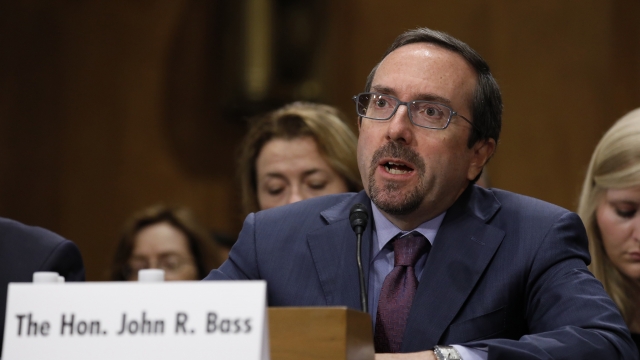 A State Department official told CNN that Bass' decision to step down as ambassador was "long-planned."

The U.S. ambassador to Afghanistan is stepping down from his post.

John Bass has served in Kabul since December 2017. His departure comes as tensions have increased dramatically between Iran and the U.S. and as American attempts to restart peace talks with the Taliban have so far failed. Another round of negotiations is expected to start soon in Qatar.

In a goodbye message, Bass said, "My earnest hope is for leaders and citizens across this country to find strength in unity, put aside their differences, and work together to negotiate a political settlement with the Taliban. Afghans and this beautiful country deserve nothing less."

A State Department official told CNN that Bass' decision to step down as ambassador was "long-planned." It's pretty standard for ambassadors to serve only two years in Afghanistan.

The State Department says Ross Wilson will be taking over as the interim ambassador. Wilson is expected to arrive in Afghanistan soon. He's a career diplomat who's previously served as America's ambassador to both Turkey and Azerbaijan.