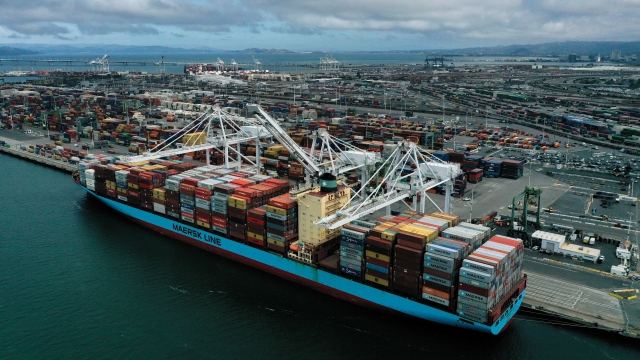 China's president reportedly won't agree to sign the partial deal before the U.S. rolls back tariffs on about $360 billion worth of Chinese imports.

The U.S. and China might roll back some tariffs in order to make a partial trade deal happen.

A senior Trump administration official told The Wall Street Journal on Monday, "If there's a deal, [removing] tariffs will be part of it."

Sources told Bloomberg that Chinese President Xi Jinping won't agree to sign the partial deal before the U.S. rolls back tariffs on about $360 billion worth of Chinese imports.

That $360 billion total includes two sets of U.S. tariffs. First, China reportedly wants the Trump administration to cut a 15% tax it placed on more than $110 billion of Chinese goods back in September. Additionally, Chinese negotiators asked the U.S. to decrease a 25% tariff that went into effect on $250 billion worth of goods in 2018.

Bloomberg says China would then similarly roll back tariffs on an unspecified amount of U.S. products in return.

Back in October, President Donald Trump revealed the two sides had agreed on the outlines of a partial trade deal.

"We have a great deal. We're papering it now. Over the next three or four or five weeks, hopefully it'll get finished. A tremendous benefit to our farmers, technology, and many other things — the banking industry, financial services," the president told reporters.

When the deal is all ironed out, it's unclear where Presidents Trump and Xi will come together to sign it. They'd previously hoped to sign the agreement at an Asia-Pacific summit in Chile later this month. But that gathering has since been canceled because of national protests.