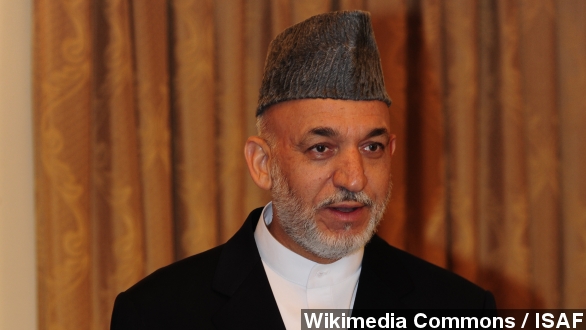 The U.S. military commander of coalition forces in Afghanistan has apologized for mistakenly killing a 2-year-old boy in an airstrike.

Afghanistan President Hamid Karzai criticized the U.S. on Thursday after a drone fired into a house in the Helmand province, killing the toddler and wounding two women. (Via Fox News)

​In a statement, Karzai said, ​"This attack shows that American forces do not respect the safety of the Afghan people in their homes." (Via Los Angeles Times)

The U.S. coalition confirms that it was a mistake.

A former State Department official admitted the apology was necessary but said there's still a need for these drone strikes.

MARK KIMMITT: "I think we all recognize it is necessary to continue to prosecute this war against terrorism, and that unfortunately necessitates these types of actions." (Via Al Jazeera)

Others feel these types of "mistakes" could halt any type of security deal between the U.S. and Afghanistan.

Troops are supposed to be withdrawn from Afghanistan by December 2014. If Karzai endorses a new agreement, it would allow up to 15,000 troops to remain in Afghanistan after 2014. But he has yet to do that. (Via BBC)

In regards to the drone strikes, the head of the Helmand provincial council said, "They have bad results, and people nationally will rise up and say, 'We expect [U.S. forces] to protect us from our neighbors, but instead you are bombing and killing us.'" (Via The Washington Post)

And according to The New York Times, Karzai will not sign any deal unless the U.S. agreed on a new series of conditions. And topping that list was an immediate ban on any raids on Afghan homes, including drone strikes.

The U.S. will begin planning for a total withdrawal of American and NATO forces after the end of next year unless Karzai signs the deal.