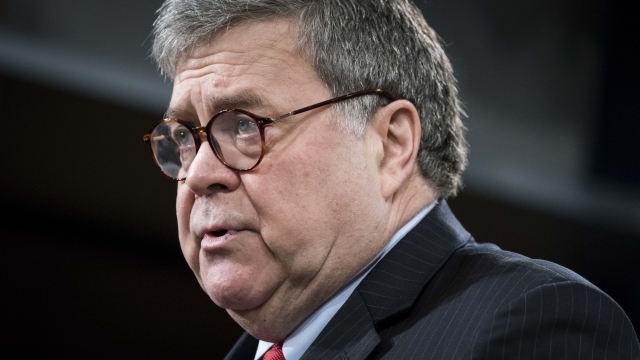 The law protects tech companies from being held liable for what third-party users post on their platforms.

Attorney General William Barr is questioning a law that protects tech companies from being held legally liable for what their users post.

He made the statement at a Justice Department-hosted a workshop Wednesday discussing Section 230 of the Communications Decency Act. It's one of the most important laws in the tech industry.

That law says tech companies are not legally responsible for what third-party users post on their platforms. It prevents the companies from being viewed as publishers. Removing the rule could make the companies liable for potentially misleading, dangerous or harmful content online.

The law was designed to help smaller tech companies compete with bigger ones. Barr questioned if it even makes sense anymore since only a handful of companies rule the industry.

"No longer are tech companies the underdog upstarts," Barr said. "They have become titans of U.S. industry. Given this change in technological landscape, valid questions have been raised on whether Section 230's broad immunity is still necessary, at least in its current form."

The law also lets companies remove posts they think are "excessively violent, harassing or otherwise objectionable." Lobbyists for big tech have said removing the law could make it harder for them to monitor potentially harmful content.