The U.S. And China Are Racing To Roll Out 5G Tech 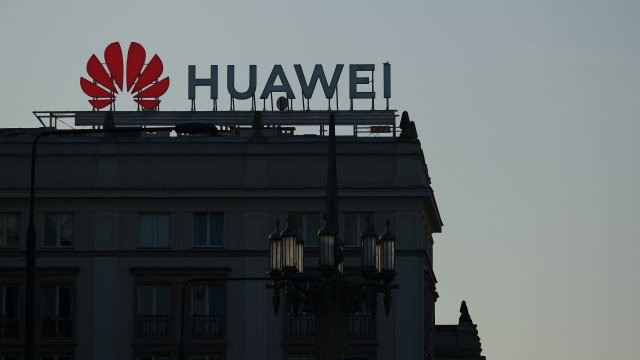 The race to implement 5G technology is shaping up to be the next big battleground between the U.S. and China.

Now that the trade war has subsided, technology is shaping up to be the next big battleground between the U.S. and China.

Former House Intelligence Committee chairman Mike Rogers and former New Jersey Gov. Chris Christie are among those who've signed a letter warning President Donald Trump's administration that the U.S. risks falling behind China if the country doesn't step up its investment in 5G technology. The letter warns, "The first country to deploy 5G will control the global communications network and have a national security edge on the rest of the world."

China has been making a big push to roll out its own 5G devices, primarily via domestic tech firm Huawei. An analysis by Deloitte found that China has outspent the U.S. on building wireless infrastructure by between $8 billion to $10 billion since 2015.

The 5G race could have consequences for national security, potentially allowing China to snoop on U.S. communications over Chinese networks. Rogers coauthored a congressional report in 2012 that concluded Huawei "cannot be trusted to be free of foreign state influence."

During an interview with Newsy, Huawei's U.S. chief security officer, Andy Purdy, said the company is trying to address those trust issues.

Purdy said: "They're worried that at some point in the future, China might force Huawei to do bad things. And we want to talk with the U.S. about how we can put in place measures that can prove we're not subject to that kind of influence from the China government."

The Federal Communications Commission is planning to hold a spectrum auction to keep the U.S. in the 5G race. The plan would pay out up to $9.7 billion to encourage satellite companies to stop using certain signal frequencies; those frequencies would then be auctioned off for 5G usage.

But the FCC's plan has run into resistance in Congress, where senators have introduced their own plan for a spectrum auction.

Sen. John Kennedy said during a floor speech, "I don't agree with him that he made a good deal to give $10 billion away to these foreign satellite companies."

The FCC's plan does have the backing of Rogers and his advocacy group, 5G Action Now. They argue the plan "prioritizes speed in an effort to deploy the next generation of wireless technology before China."

The FCC will vote on its proposed auction during its next open meeting on Feb. 28.