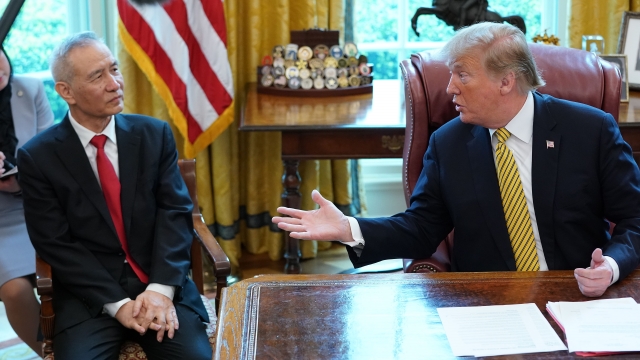 High-level trade negotiations between the U.S. and China will resume in the coming days.

The White House confirmed the meeting Monday, saying a Chinese delegation led by Vice Premier Liu He will be in Washington on Oct. 10 for talks with President Donald Trump, Trade Representative Robert Lighthizer and Treasury Secretary Steven Mnuchin.

Trade talks between deputy-level negotiators started in Washington on Monday.

China and the U.S. have slapped tariffs on hundreds of billions of dollars of each other's goods since their trade dispute started over a year ago.