U.S. Citizens Killed In Northern Mexico Have Long History In The Area 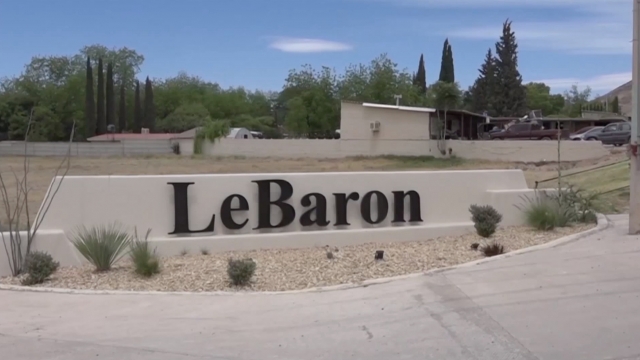 The victims of a roadside attack in Mexico were members of a fundamentalist Mormon community that had lived in the region for generations.

The nine U.S.-Mexican citizens killed by gunmen in northern Mexico on Monday were part of a community that's clashed with cartels in the past. They were part of the extended LeBaron family, who reportedly migrated to Mexico around the turn of the 20th century.

The Church of Jesus Christ of Latter-day Saints, or LDS, counts more than 12 million members worldwide. Polygamy was considered a tenet of Mormonism until 1890, when the church renounced the practice in deference to U.S. law. Some followers, though, believed the practice to be essential to the faith, and many left the U.S. to keep it up without fear of prosecution.

The LeBarons are one such sect. While they have reportedly abandoned polygamy, LDS has said it does not consider the LeBarons to be church members. The LeBarons stayed in northern Mexico as dual citizens, earning their income through farming. However, their history in the region isn't without controversy. The family's former leader, Ervil LeBaron, was imprisoned for plotting the killings of opponents in the 1970s and '80s.

Monday's attack happened between the states of Sonora and Chihuahua, an area rival cartels are fighting over. Mexican officials have suggested the victims were mistaken for rival traffickers.

But the LeBarons have been touched by cartels in the past. The New York Times reports that in 2009, gunmen kidnapped a teenager for ransom, but the boy was released when the family refused to pay. When one family member formed a group meant to pressure local authorities to crack down on cartel violence, he and his brother-in-law were murdered in retribution.

Still, Monday's attack reportedly came as a surprise to some members of the family. Speaking to the Wall Street Journal, Julián LeBarón said the cartels hadn't threatened the community in recent years and that he had no idea what prompted the murders.

He said: "We see the cartels in the news every day, but they've kind of left us alone in the past because we have help from the federal police. They know what it would cost them to mess with us, and that we aren't a threat to them."