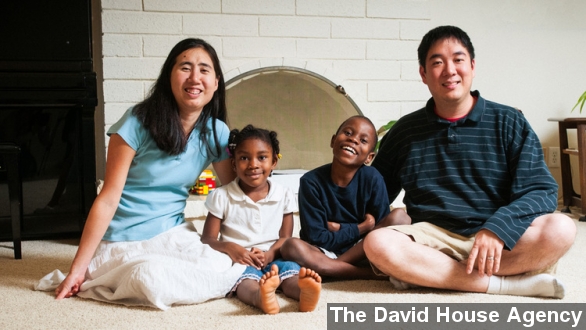 The fate of an American couple held in Qatar is uncertain, after the couple was freed Sunday morning, only to be told later that day they couldn't leave the country.

According to a Facebook page run by Matthew and Grace Huang's legal representation, when they got to the airport Sunday, authorities told them they couldn't leave the country, confiscated their passports and issued a warrant for their arrest.

Authorities in Qatar had held the Huangs during a legal battle over the death of their adopted 8-year-old daughter there in 2013. (Video via Yahoo)

The family originally moved to Qatar in 2012, because Mr. Huang's engineering firm was working on a project for the 2022 World Cup.

The courts in Qatar found the couple guilty of child endangerment in March, saying the Huangs denied their daughter food and water.

The Huangs, however, argued their daughter, Gloria, had eating disorders stemming from her time at an orphanage in Ghana, where she faced extreme poverty and malnutrition. (Video via The David House Agency)

The State Department also criticized Qatar's state prosecution, which brought up the racial difference between the Huangs and their adopted African children as a reason for suspicion.

As The New York Times writes, "The case laid bare some ingrained prejudices in Qatar about adoption and multiracial families."

Interestingly, although the story was prominently featured on the homepage of English-language Qatari newspaper the Gulf Times, its rival The Peninsula, which is owned by a member of the Qatari royal family, didn't carry the story.