U.S. Expands Travel Restrictions To The U.K. And Ireland 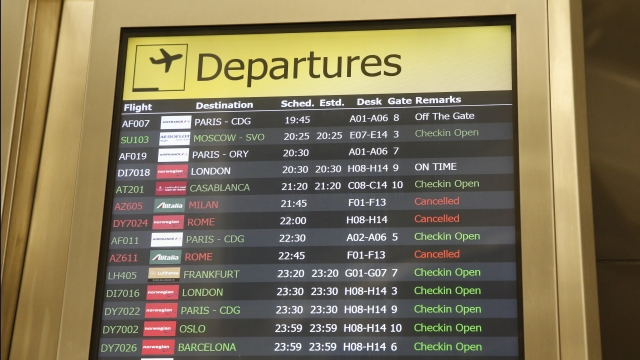 The European travel restrictions imposed by the U.S. are being expanded to include the United Kingdom and Ireland.

This comes shortly after President Trump announced a 30-day ban on travelers from 26 European countries. The U.K. and Ireland were originally exempted.

The White House has clarified that the travel restrictions only apply to foreign nationals. U.S. citizens and permanent residents will still be allowed to return from Europe.

The administration's goal is to discourage public travel abroad in the midst of the coronavirus, which is now a global pandemic.

A Johns Hopkins University virus tracker says there are over 2,400 confirmed cases in the U.S. and 12 people have recovered.

In a Saturday briefing, President Trump said that travel restrictions within the U.S. could be possible.

Reporter: "Are you considering other travel restrictions perhaps domestically within that regard?"

President Trump: "Yes. Specifically from certain areas. Yes we are. And we're working with the states and we are considering other restrictions. Yes."

The updated European restrictions are set to begin Monday at midnight.