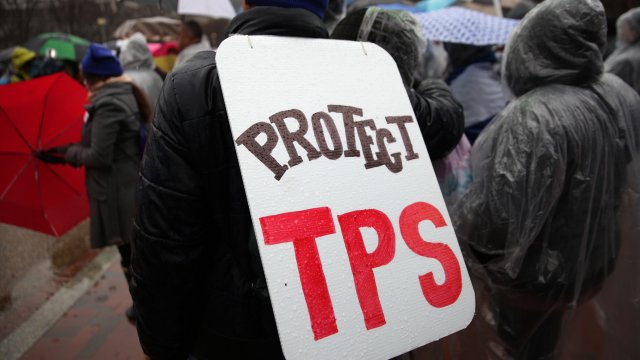 The Department of Homeland Security released a statement on the decision Monday.

The Trump administration has agreed to extend protections for tens of thousands of people from El Salvador who have been living in the U.S. under temporary protected status.

But there seems to be some confusion on what the move actually means.

In a video posted to Twitter Monday, U.S. Ambassador to El Salvador Ronald Johnson and El Salvador's president said the agreement "extends the Temporary Protection Status for Salvadorans in the U.S. for one more year."

But acting director of U.S. Citizenship and Immigration Services Ken Cuccinelli later tweeted that the TPS program for Salvadorans wasn't actually being extended in legal terms.

Back in 2018, the Trump administration announced it was ending temporary protected status for El Salvador. The country was originally granted TPS in 2001 after a series of earthquakes.