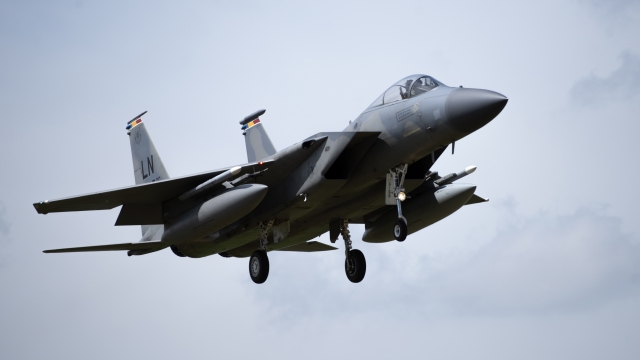 The Air Force confirmed the news shortly after the British Coast Guard located the plane's wreckage.

A U.S. Air Force pilot has died after the fighter jet they were piloting crashed off the coast of northern England on Monday.

The Air Force said in a statement earlier in the day that one of its F-15 jets had crashed in the North Sea during "a routine training mission," and that both "the cause of the crash as well as the status of the pilot" were unknown.

The British Coast Guard located the wreckage, and the Air Force announced the pilot had been found.

"It is with a very heavy heart that I confirm the pilot of the downed F-15C Eagle has been located and confirmed deceased," Col. Will Marshall said. "Out of respect for the family and their privacy during this incredibly difficult time, we will not release the name of the pilot until after all next of kin notifications have been completed."

The jet had taken off from Royal Air Force Base Lakenheath, which hosts more than 4,500 active-duty service members and is home to the U.S. Air Force's F-15 fighter wing in Europe.