The U.S. Is Investigating Harassment of Saudi Dissidents 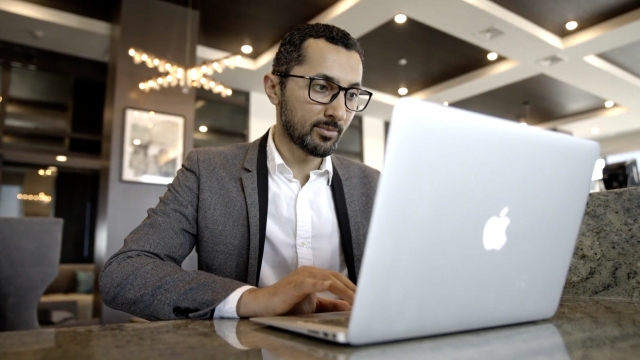 According to the complaint, a Saudi national used at least one secret Instagram account to harass Saudis who were speaking out against the Kingdom.

Ibrahim Alhussayen entered the United States on a student visa for schooling that he said was being paid for by his employer, the Saudi Royal Court.

Prosecutors charged him last week with lying to federal agents and Newsy has learned Alhussayen is one of several U.S.-based Saudis the FBI has been investigating.

According to the complaint, he was using at least one secret Instagram account to harass Saudis in America who were speaking out against the Kingdom of Saudi Arabia.

He allegedly sent threatening messages, mainly to Saudi women, even trying to obtain one woman’s location for potential surveillance. Newsy also found a Saudi man who Alhussayen targeted on Facebook.

Abdullah Alaoudh is the Director for Gulf Issues at the group Democracy for the Arab World Now.

"At the beginning, he said something along the lines of 'everybody who is in prison in Saudi Arabia deserves it,'" Alaoudh said.

Prominent dissident Abdullah Alaoudh lives in the U.S. but co-founded a Saudi political party that calls for an elected parliament, instead of a monarchy.

His father was arrested in 2017, under the Saudi crown prince, and 19 of his family members are banned from leaving Saudi Arabia. For Alaoudh death threats and harassment come every day.

NEWSY'S SASHA INGBER: Can you just give me a sense of how often you're targeted in a week?

ABDULLAH ALAOUDH:  Online? On a daily basis. Just last week, somebody literally said, 'we will assassinate you and we will kill you.'

And some of his antagonizers, in addition to Alhussayen, appear to be Saudis living inside the U.S.

"I have been seeing many, many times how I was threatened by people and when I checked their information, at least they say they are in the U.S., studying or living or staying," Alaoudh said.

INGBER: So have you ever gone to the FBI for the threats that you've experienced here?

ALAOUDH: Yes, I have. And they, they are investigating them.

INGBER: And how has that progressed?

ALAOUDH: Wasn't told how things progress, but I have confidence that, I mean, since they arrested this guy, they will take all of these threats into account in consideration.

INGBER: Okay. Has anybody breached where we're sitting right now? Has anybody come here to try to do something to you or conducted surveillance?

ALAOUDH: I would say there are suspicious things. There are things that I told the authorities about.

He didn’t want to go into the details. The FBI did not respond to request for comment on the investigations.

INGBER: If you're a Saudi who is criticizing the government abroad, how likely is it that you could be targeted?

YANA GOROKHOVSKAIA: Well, the Saudi government is one of 36 governments around the world that perpetrate transnational repression, and it's one of the most famous because of the extreme lengths it takes to find people abroad.

The kingdom even has an electronic army, charged with monitoring opposition on social media.

GOROKHOVSKAIA: We don't know exactly what the army looks like. A lot of this, we see the visible signs when people are flooded by comments or you see links between trolling that happens online and then sort of official Saudi media, you see some of the same narratives. I think one of the aspects of digital transnational repression that makes it so difficult to track is that a lot of it kind of happens under the radar and it's very difficult to verify. And often we can only see it sort of after the fact.

For Alaoudh, the dissident, that means continuing to live with worry.

"I will only feel safe when I know that Mohammed Bin Salman, the crown prince, is not going to threaten my family, myself, my friends and people around the world. And I think the fact that he is out there, that he is on top of this oil well with all of these resources, with all of this power, he will always think that he can get away with murder," Abdull said.