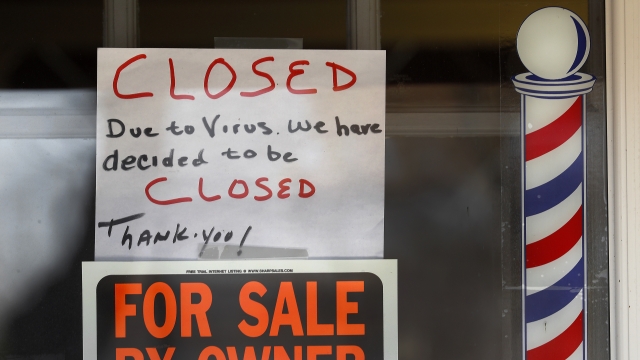 The U.S. Labor Department reported Thursday that another 6.6 million Americans filed for unemployment benefits last week, bringing the total number of claims thus far to more than 16 million. The agency also reported that the unemployment rate increased three points to just over 5%.

The coronavirus pandemic has caused the U.S. economy to turn a complete 180 since October, when the unemployment rate fell to its lowest level in decades. Roughly one in 10 workers have lost their jobs in just the past three weeks because of the outbreak.

Low-wage service workers are among the most vulnerable to layoffs amid the pandemic. The Labor Department does not account for people who have been unable to file for unemployment due to the backlog of requests, which have overwhelmed state agencies.

The Labor Department's jobless report comes as millions of U.S. taxpayers wait for their share of a $2.2 trillion stimulus package. The Treasury Department has said the first relief payments are expected to be sent starting next week.