U.S. May Have Given Refugee Status to Dozens of Terrorists 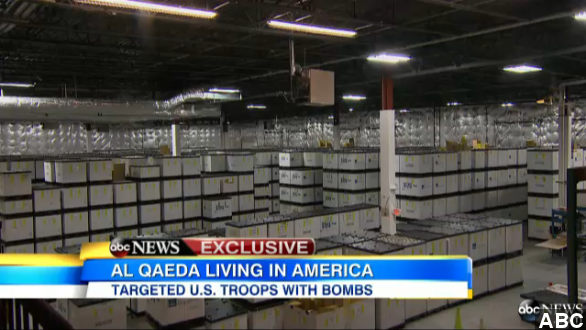 Government agencies learned in 2011 they may have let dozens of Iraqi terrorists enter the country as refugees.

​Several dozen suspected terrorists may have been mistakenly allowed to move to the U.S. as refugees, according to a new report from ABC.

The report details the dangerous breakdown in refugee background checks which allowed two Iraq-based Al Qaeda terrorists to enter the U.S. in 2009 — and the government’s scramble to find out how many others they might have accidentally let in the same way. (Via ABC)

The mistake was discovered in 2011 after the terrorists, living in Bowling Green, Ky., were convicted of plotting to ship sniper rifles, rocket-propelled grenade launchers, explosives and money to their home country to be used in Al Qaeda attacks on U.S. troops. (Via The Christian Science Monitor)

The two men had been granted U.S. residency through a background check system that compared those seeking refugee status to a limited number of terrorist databases. (Via WTEN)

Realizing the system’s holes, the Department of Homeland Security, State Department and other federal agencies expanded the range of information used to screen refugee applicants. (Via Lexington Herald-Leader)

But the number of other confirmed terrorists who might have been allowed across U.S. borders through the old system is unknown. (Via WBBH)

That uncertainty led the FBI to assign hundred of specialists to sift through an archive of more than 100,000 explosive devices for fingerprints of suspected terrorists to match against the near 73,000 Iraqis admitted for resettlement between 2006 and 2012. (Via RT)

Reporter Brian Ross: “Dozens of cases, where you’re looking for people in the country right now?”

The process delayed admittance for all Iraqi refugees for a six-month time period — a move that faced criticism. According to a writer for PolicyMic:

“It goes without saying that the vast majority of refugees from Iraq and Afghanistan have no terrorist ties. Many of them even aided the U.S. military as translators or intelligence sources. … It’s a significant problem when the U.S. prevents these individuals from entering the country, regardless of risk.”

According to ABC, at least one Iraqi informant who helped the U.S.’s anti-Al Qaeda efforts was assassinated during the delay. The FBI is continuing its retrospective refugee background checks.