U.S. Has Moved 2 British ISIS Militants Out Of Kurdish Custody 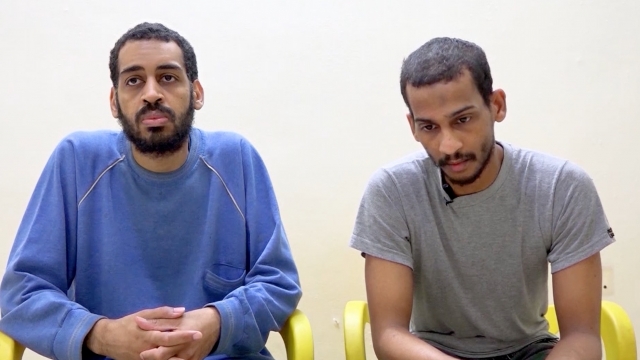 Turkey launched an offensive in northern Syria on Wednesday, not long after the U.S. said it would withdraw its support for Syrian Kurds.

The U.S. has moved two British ISIS militants out of a detention center in Syria.

The men are believed to be part of a group that beheaded Western hostages, including American journalist James Foley. The militants would film the executions and circulate them as ISIS propaganda. People that survived being held captive by the group nicknamed them "The Beatles" for their British accents.

Turkey launched an offensive in northern Syria on Wednesday, not long after the U.S. said it would withdraw its support for Syrian Kurds. President Donald Trump said the U.S. moved some prisoners so they wouldn't escape as Turkey invades the country.

The two "Beatles" had been in custody of the Syrian Democratic Forces — a Kurdish-led group targeted in the invasion. There are thousands of ISIS fighters in Kurdish detention centers, but President Trump said the U.S. is moving "some of the most dangerous" militants. The men were moved to an undisclosed location, reportedly in Iraq.