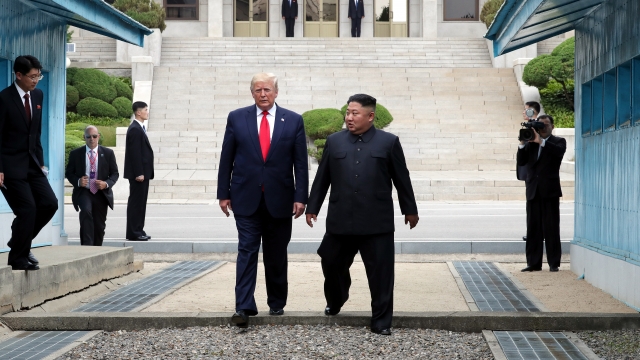 Negotiating teams from both the U.S. and North Korea arrived in Sweden on Saturday to resume talks.

North Korea says denuclearization talks with the U.S. have broken down, less than a day after they restarted. But the U.S. says the countries had "good discussions."

Teams from both countries arrived in Sweden on Saturday to resume talks about North Korea's nuclear program. It's the first meeting since June.

North Korean officials voiced a renewed willingness to return to the negotiating table after former national security adviser John Bolton turned in his resignation last month. They praised President Trump's decision to reevaluate how talks between the two countries should move forward.

The North's chief negotiator told reporters on Saturday that the U.S. misled them ahead of the meeting by saying it would take a "flexible approach" but really, the U.S. "brought nothing" to the negotiating table. He said the talks failed because U.S. negotiators refused to "give up their old viewpoint and attitude."

The State Department responded to those comments, saying they don't reflect "the content or spirit" of the meeting.

The U.S. says it plans to meet for more negotiations with North Korea in two weeks, but North Korea's foreign ministry told state media that it has no plans to meet again unless the U.S. prepares a better offer by the end of the year.