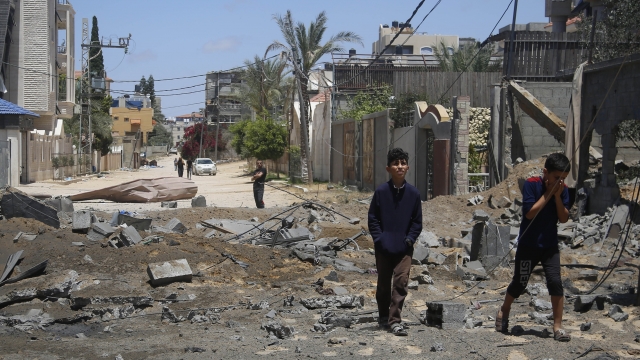 There's no sign of an end to the fighting. Israel's prime minister wants Hamas to pay a heavy price.

The U.S. is not joining public calls for an immediate cease-fire between Israel and Hamas.

Children are among at least 200 Palestinians killed in Israeli air strikes in the Gaza Strip.

A 5-year-old is among the eight people killed in Israel amid days of rocket fire from Gaza-based militants.

There's no sign of an end to the fighting. Israel's prime minister wants Hamas to pay a heavy price.

White House Press Secretary says the U.S. is engaged in behind-the-scenes diplomacy and conversations to stop the fighting.

"Watching the lives lost of these Palestinian children, of these families; the fear you see in the eyes of the Israeli people; it is heartbreaking," Sec. Jen Psaki said. "We want to bring an end to the violence. We want to deescalate the situation on the ground. The role we feel we can do that through the most effective way we feel we can do that is through quiet and effective diplomacy."