U.S. Officials: We Might Never Know What Snowden Took 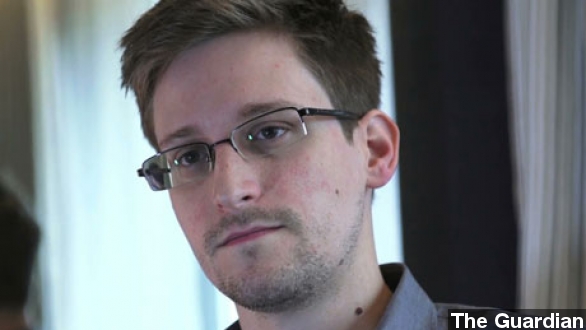 U.S. officials believe Snowden could have more than 1.5 million classified documents still in his possession.

Take a look at this timeline provided by Al Jazeera. Through Dec. 14, six different leaks have come to light regarding U.S. surveillance this month — that's a rate of about one every two days.

In an article published by The New York Times Saturday, a senior U.S. official said, "[Investigators have] spent hundreds and hundreds of man-hours trying to reconstruct everything he has gotten, and they still don't know all of what he took. I know that seems crazy, but everything with this is crazy."

A writer for Business Insider gives a grim forecast for intelligence officials, saying the "long, painful drip of classified documents" is just beginning for the NSA and its allies.

Although Snowden has disseminated information to reporters, the writer adds, "A further concern is that Snowden apparently had documents that he didn't give to journalists — including 30,000 documents that do not deal with NSA surveillance."

So, how exactly is it possible for a powerful spy agency to lose track of that much info? For starters, investigators say the equipment Snowden used to access classified documents was not up to date and, therefore, could not be tracked properly.

Snowden also covered his tracks by using the passwords of other security agency employees and hacking firewalls. (Via The Guardian)

In response to Snowden's leaks, the NSA is undergoing changes to prevent anyone else from working under the radar and taking classified documents. But then there's the question of what to do with Snowden, who some officials believe still possesses more than 1.5 million classified documents.

Richard Ledgett, the man heading up the task force investigating the leaks, told CBS he would personally consider granting Snowden amnesty in exchange for those documents. Gen. Keith Alexander, the Army officer in charge of the NSA, isn't a fan and likened that move to giving a hostage taker exactly what they want. (Via CNET)

Snowden claims he didn't bring any NSA documents with him into Russia, where he has been granted asylum. But U.S. officials believe he might have access to a "doomsday" cache of classified materials on a data cloud that could keep reports coming for the next two years.