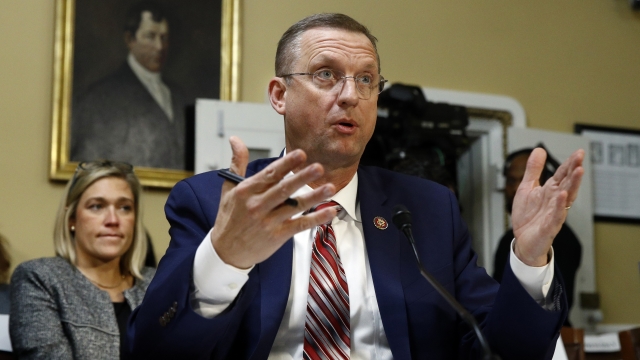 ​Collins said he decided to enter the race after months of "serious deliberation" on how best to serve "[Georgia], the country and [President Trump].

The Republican congressman made the announcement during an interview with "Fox and Friends" on Wednesday. Collins said in a tweet he decided to run after months of "serious deliberation" on how best to serve Georgia, "the country and [President Donald Trump]."

Gov. Brian Kemp appointed Kelly Loeffler last last year to take over for former Sen. Johnny Isakson, who stepped down due to health issues. Isakson's term doesn't officially end until 2022, so a special election will be held in November to determine who will finish it.

The National Republican Senatorial Committee criticized Collins' announcement, saying in a statement: "The shortsightedness in this decision is stunning. Doug Collins' selfishness will hurt [Sen.] David Perdue, Kelly Loeffler, and President Trump. Not to mention the people of Georgia who stand to bear the burden of it for years to come. The NRSC stands firmly behind Sen. Kelly Loeffler and urges anyone who wants to re-elect President Trump, hold the GOP senate majority, and stop socialism to do the same."

Collins responded to the NRSC's comments on Twitter, saying: "Republican voters in Georgia should choose their candidate — not one politician or a Super PAC in Washington. The time for that contest is now so we can unite well before November. Fighting ourselves and the left at the same time is a bad strategy."