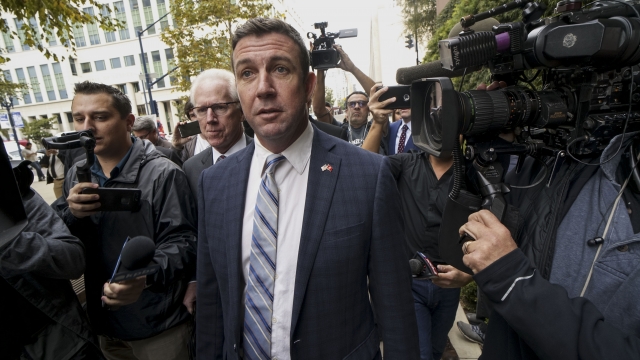 The Republican congressman from California pleaded guilty to misusing campaign funds about a month ago.

In his letters of resignation sent to House Speaker Nancy Pelosi and California Gov. Gavin Newsom on Tuesday, Hunter said he will officially step down on Monday. The Republican congressman made no mention of his criminal conviction in the letters, and instead focused on his accomplishments in the House. He wrote: "Perhaps the contribution I am most proud of is giving a voice to our men and women in uniform. As a Member of the House Armed Services Committee, I brought attention to inefficient military programs and worked to make sure our war fighters had the resources they needed to carry out their mission." He concluded by saying he was honored to have served "the people of California's 50th district" and that he appreciated "the trust they have put in [him] over [the] last 11 years."

Hunter sent the letters a little more than a month after he pleaded guilty to one felony count of misuse of campaign funds. Federal prosecutors say Hunter and his wife spent hundreds of thousands of campaign dollars on personal expenses, including family vacations and their children's school tuition.

He is scheduled to be sentenced on March 17 and could face a maximum sentence of five years behind bars.