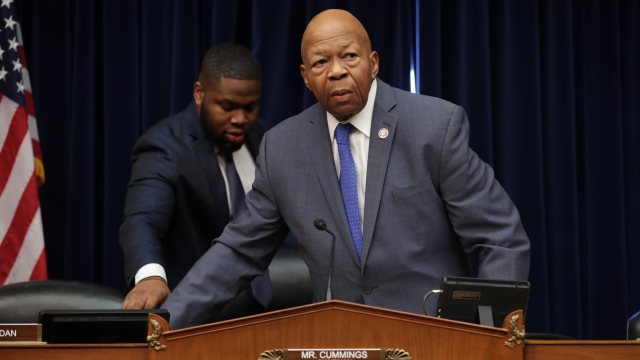 His office said he passed away from "complications concerning longstanding health challenges."

His office said he passed away from "complications concerning longstanding health challenges." Cummings had undergone an undisclosed medical procedure back in September and hadn't yet returned to work.

The Democratic lawmaker from Maryland was first elected to the U.S. House of Representatives in 1996 in a special election.

During his 23 years in office, Cummings chaired the Congressional Black Caucus and served as the top Democrat on the House Benghazi Committee. He most recently was chairing the powerful House Oversight and Reform Committee.

Prior to his career in the House, Cummings served in the Maryland House of Delegates for more than a dozen years. He was also the state's first black Speaker Pro Tem.

Cummings is survived by his wife and his three children.