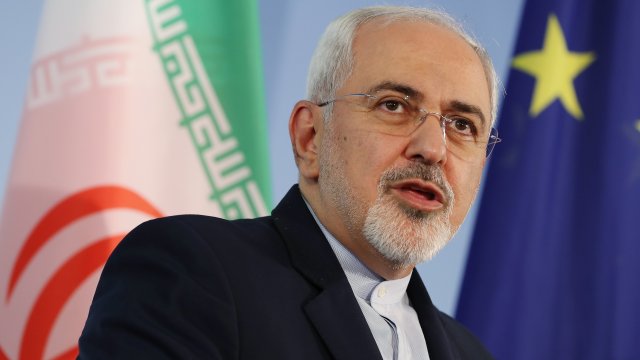 The U.S. has reportedly declined to issue a visa to Iranian Foreign Minister Javad Zarif so he could attend a United Nations Security Council meeting in New York this week.

An anonymous U.S. official confirmed the decision to Reuters Monday. As of Tuesday morning, the State Department had not commented on the report.

But Zarif said on Twitter Tuesday denying him a visa "pales in comparison" to other acts by the U.S. He added: "But what are they really afraid of? Truth?"

The U.N.'s 1947 "headquarters agreement" says the U.S. is generally supposed to allow foreign officials to attend meetings like the one scheduled for Thursday. But, as Reuters points out, the U.S. can refuse to issue visas for reasons relating to security, terrorism or foreign policy.

The news comes as funeral proceedings for Iranian general Qasem Soleimani continue. His killing has dramatically escalated tensions between the U.S. and Iran.