U.S. Sailor Kills 2 Civilians And Himself At Pearl Harbor Base 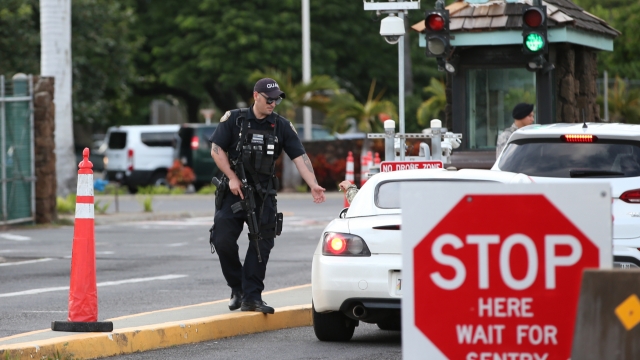 Although officials didn't release his name, they revealed he was a U.S. sailor assigned to the USS Columbia.

A gunman shot and killed two civilian workers and injured a third at Joint Base Pearl Harbor-Hickam near Honolulu Wednesday afternoon.

The military said the gunman later killed himself. Although officials didn't release his name, they revealed he was a U.S. sailor assigned to the USS Columbia. The fast-attack submarine was at the Pearl Harbor military base that day for maintenance.

Rear Admiral Robb Chadwick told reporters it's currently unclear if the victims were specifically targeted or if they were chosen at random.

"Obviously our thoughts are with the families of the victims and everyone involved," Chadwick said.

The military base is located near the Pearl Harbor National Memorial. The shooting comes just days before the 78th anniversary of the Japanese attack on Pearl Harbor, which killed more than 2,400 people and ultimately launched the U.S. into World War II.